You are here: Home/ Blog / Millions Give Up Personal Privacy and Even Safety To “Catch Them All” 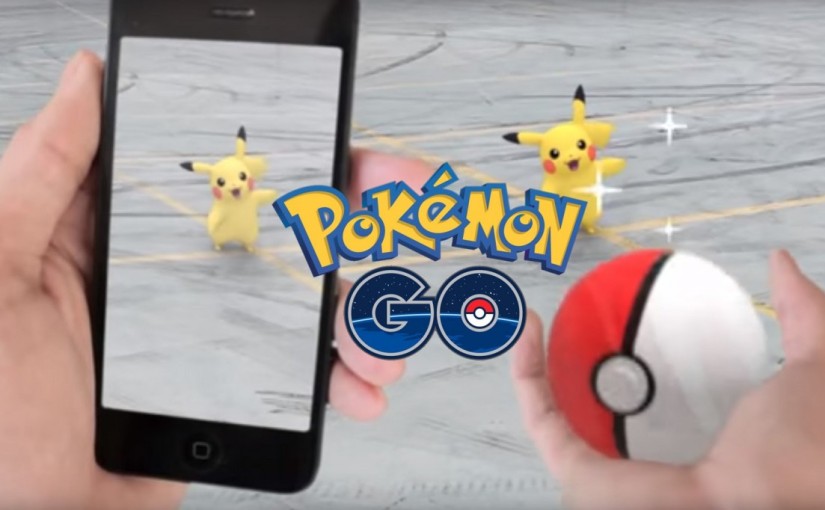 If you see grown men and women staring at their phones as they walk into police stations, churches or the backyards of strangers, you could be witness to the latest video gaming phenomenon to take the world by storm.

Launched in July of 2016 for Android and iOS, Nintendo’s Pokémon Go free mobile game is already the #1 downloaded and top-grossing app in every country it is available. Pokémon Go uses your camera and your GPS location to “place” Pokemon characters into real world locations all around you. This “augmented reality” game assigns physical locations (buildings, parks, shopping areas or rural areas) as locations for “in-game places” such as Pokemon gyms or Pokemon stores that sell in-game supplies. In other words, Pokémon Go players can only progress in the game by exploring the real world.

The chart-topping GPS-based game seems to have come at a cost to players’ personal privacy and even safety, however.

In one example, millions of iPhone users who registered to play Pokémon Go with their Google logins had to sign over near-complete access to their Google account, including email, Google Drive documents, search history and private photos. (Niantic, the game developer, was made aware of the problem and is working with Google to limit permissions.) It has also been reported that those with access to the Pokemon data can send email to others from your Gmail account, posing as you.

The game has also created other privacy and safety concerns:

It is mindboggling that so many people are stampeding to play a mobile game without regard for what it could mean for their personal privacy and safety. Players’ Google account data, GPS-related tracking data, and other personal information could be compromised by anyone with access to the Niantic servers, including hackers who could be targeting this treasure trove of data, and in some cases, other players. In this way, Pokémon Go may open the debate for proponents of personal privacy associated with apps, and public safety associated with the likely new generation of real-world crossover apps to come — even as this app climbs to the top of app charts around the world.

Are you doing everything you can to avoid identity theft? Consider updating the settings on your mobile device to disabling location tracking for certain apps, using a longer password, and blocking advertisement cookies and trackers. When sending email, use email encryption to maintain the privacy of your messages and any file attachments.