According to Wikipedia, the earliest known use of “Black Friday” to refer to the day after Thanksgiving occurred in the journal, Factory Management and Maintenance (I can’t say I subscribe), for November 1951 and again in 1952.

Contrary to popular belief, it was not about sales volumes so large that accounting ledgers got “back into the black”. It purportedly referred to the practice of workers calling in sick on the day after Thanksgiving so as to get a four-day weekend. Around the same time, the terms “Black Friday” and “Black Saturday” came to be used by the police in Philadelphia, PA and Rochester, NY to describe the crowds and traffic congestion accompanying the start of the holiday shopping season. In 1961, the city and merchants of Philadelphia attempted to improve conditions, and a PR expert recommended a rebrand, called the days “Big Friday” and “Big Saturday”, but these terms never really hit.

It’s a strange term: “Black Friday.” Nobody can really agree on where it came from, what it means and when it really is. The deals offered on Black Friday are rarely the best deals offered during the year—January is usually better for this, and retailers often use unscrupulous bait-and-switch tactics to advertise “door buster” deals (e.g., the $499 60-inch TV) that have often led to tragedy.

This year, there is a special kind of confusion around the term along with its younger cousin, Cyber Monday. Yes, some deals will certainly be offered only on the traditional days for these events, but due to pandemic-related supply shortages, many of the nation’s largest retailers like Walmart and Amazon have already begun to offer deals weeks in advance. Most people appear to be taking advantage of these early offers out of supply and inflation concerns.

Perhaps this is a good thing? The now decades-long proliferation of e-commerce has made a lot less appealing the concept of getting up in the early morning after eating a massive, tryptophan-rich meal only to get in fist fights over cheap laptops.

So, in the spirit of Black Friday (or perhaps in spite of it), RSign and RMail are offering for a limited time, award-winning e-sign and e-security software for newbies and for those looking for a change over to greener pastures.

For those e-signers out there, RSign is offering three specials, one to help you get past your current contract into an immediate much-more-affordable-and-friendlier service provider, one for new e-signers, and one for RMail-ers looking to add the best in e-signatures: Click to view special offers, and fill the form for details.

For secure emailers out there, RMail is offering a similar special, one to help you get past your current contract into an immediate much-more-affordable-and-user-friendly service, one for new RMail-ers, and one for RSign-ers looking to add the best in e-security automation and content controls (Click to view special offers, and fill the form for details) including:

RMail Recommends™ AI-infused data leak protection solves the problem of having e-security technology and users forgetting to use it, all running inside the Microsoft Outlook user interface. RMail Recommends uses advanced AI to detect in the moment of sending email, whether or not the sender should be applying extra protections for that message and then applies them as needed (e.g., encryption).

There’s also Disappearing Ink™ and Redact+™ features, new RMail content control services, which automatically extract parts of a message and apply sender-designated content controls to those messages after sending, after reading, or while at the recipient.

There are so many other new features with both RMail and RSign that it’s simply too much to put in this email (how’s that for Black Friday puffery!), so feel free to contact us (fill the form and enter the secret code in the comments field, “I Love Black Friday Deals” or auto-schedule a meeting or demo (click here) asap to discuss and get a demo. And you won’t have to wake up early, brave the elements and your fellow shoppers to do so! At RPost, we’re here for you. 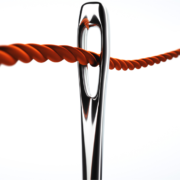 Protect Yourself From The Eager Email Forwarders or Quick Repliers

How to Choose the Best Electronic Signature Software

Top 5 E-Security Human Errors that Can Cause Pain for Professionals
»Why Zillow’s Algo Is Not Coming Baaack
«We’ve Finally Figured Out the Price of Peace-of-Mind (Hint: It’s Not Priceless)